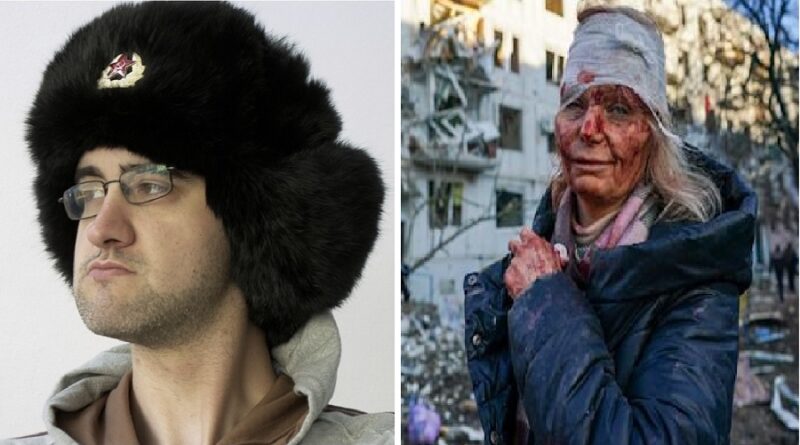 A local cunt is supporting Russia in its invasion of Ukraine just to be different. Derek Doyle from Tullamore, known for being a bit of a cunt on most issues, told us it’s not fair that everyone seems to be supporting Ukraine and he’s going with “team Russia” to even things out a bit.

“I don’t follow the crowd like all the sheep out there. That’s so predictable and boring. I always wait to see what everyone else is saying and doing in any given situation and then do the complete opposite. That makes me right and everybody else wrong.”

“Have you noticed the only people telling you there’s a war going on in Ukraine are the mainstream media? Don’t you think they could be lying to you like they did with that fake pandemic?”

We asked the mental cunt if he’s actually saying that there isn’t war happening in Ukraine right now.

“Listen, just because you see video footage of bombs blowing up apartment buildings and hospitals doesn’t mean it’s really happening. It could be all filmed in a Hollywood studio like 9/11 was.”

We shared Derek’s opinions with leading psychologist Dr Philip McIntyre from the Institute of Medical Research and asked him for his thoughts.

“What you have here is an extremist conspiracy theorist who firmly believes that all facts are lies and that everything that’s happening in the world isn’t really happening. Or to use the correct medical term and diagnosis, this person is clearly suffering from being a mental cunt.”