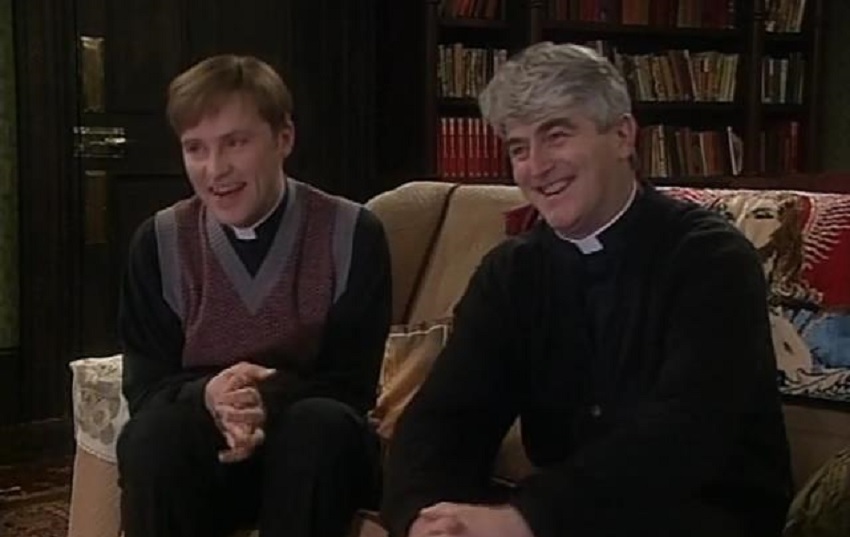 The Catholic Church in Ireland is hoping to attract new recruits to the priesthood by showing a Father Ted ‘best bits’ video to Leaving Cert students in schools nationwide.

Catholicism has been dying a slow death in Ireland for years and Archbishop Eamon Martin said it’s time the church fought back before it’s too late.

“Our reputation is in the gutter right now because of all of that, you know, unmentionable stuff so it’s time we showed the lighter side of what it’s like being a priest in Ireland and I can tell you now that it’s exactly like being in Father Ted.

“Honestly lads when I first saw that programme I thought it was a documentary. From the minute you wake up in the morning around 11-ish, every day is filled with non-stop laughter as you get up to all sort of mischief and hilarious shenanigans while being handed all the tea and sandwiches you could ever want.”

Archbishop Martin said any young lads doing their Leaving Cert this year who haven’t yet decided on a career should give serious consideration to joining the priesthood.

“Tell me any other profession where you could end up representing Ireland in the Eurovision Song contest and delivering milk to women who come to the door in the nip. And of course you can drink as much as you like. Drink!” joked the Archbishop. “Honestly lads it’s great craic. Why would you bother working?”

As a trial run the video has already been shown in over 200 secondary schools around the country and has proven to be hugely popular with students. Unfortunately the number signing up to join the priesthood is holding steady at zero.