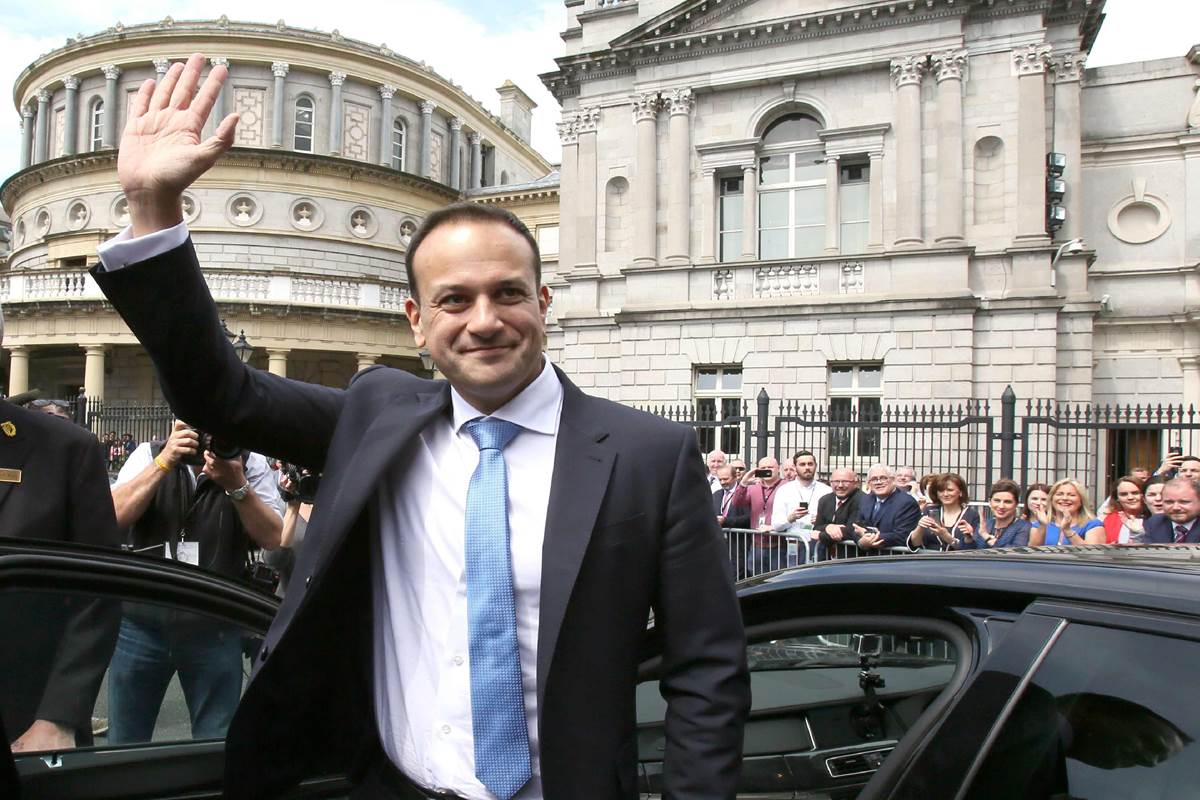 Sky News reported this week that Leo Varadker has become the first openly gay Prime Minister of the United Kingdom. The British television news channel has a history of calling successful Irish people British and always seem reluctant to correct their mistake when it’s pointed out to them.

In the last month alone Sky have claimed fighter Conor McGregor, comedian Brendan O’Carroll and Kerry footballer Colm ‘The Gooch’ Cooper as British. They also called U2 the UK’s biggest rock band and referred to Tipperary as the all-Ireland hurling champions of Great Britain.

So what exactly is going on across the water and why do they keep doing it? We asked veteran Irish broadcaster Eamon Dunphy who has commented on this in the past and he has some interesting theories on the subject.

“Clearly one of the requirements to gain employment with Sky News is to know absolutely nothing about geography or history.” he said. “Having ticked those two boxes it would then seem that you also have to be a complete cunt. Pardon my French but what other explanation could there possibly be for different presenters constantly making the same mistake on the same poxy channel and then refusing to accept they’re wrong?”

Last year Sky correspondent Richard Suchet caused a Twitter storm when – having referred to Irish actress Saoirse Ronan as British and then receiving a barrage of abuse online – he responded by telling Irish people they should take it as a compliment when they’re called British. What a cunt!

One of the more infamous instances of Sky presenters stripping Irish people of their nationality and magically transforming them into British citizens was when presenter Kay Burley referred to Colin Farrell as British while interviewing American actor Samuel L. Jackson.

Jackson’s response went viral within hours and has been viewed over 27 million times online. He laid into the presenter and compared Britain’s constant claiming of people who don’t belong to them to slavery in the United States. His time spent working with Farrell had clearly rubbed off on Jackson too because the interview was cut short when he called Burley a “geebag” live on air and told her “I’ve a pain in me hole listening to you”.

As a result Samuel L. Jackson will never have to pay for another drink in Ireland and planning permission was recently granted for a 40 foot high statue of the actor to be erected outside the British embassy in Dublin.

We asked Sky News for an interview for our story but they refused because they’re cunts.