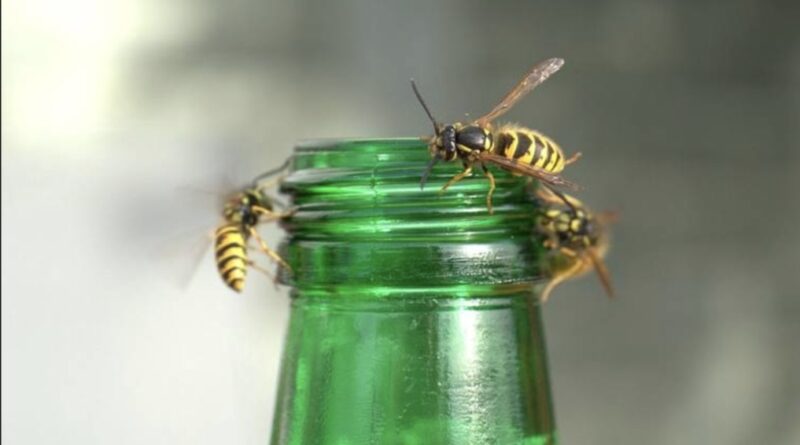 News is coming in that there are feckin’ wasps everywhere and all indications are that they will continue to be everywhere for at least the rest of this week as the sunny weather continues.

The stripey bastards spent yesterday ruining back garden drinking sessions up and down the country and are set to cause more havoc at barbecues and beer gardens nationwide, sending people running for cover while flapping their arms in the air like mad eejits.

According to historians, when St. Patrick decided to banish snakes from Ireland in the fifth century, many people pleaded with him to get rid of the wasps instead. Unfortunately he refused, telling the people he wanted to be remembered by future generations for doing something really cool and he believed banishing snakes just sounded way cooler than banishing wasps.

Professor Chesney Finkleton from the National Museum of Ireland told RTE News this morning that despite their negative image, wasps are vital to the ecological survival of our planet, describing them as fascinating, beautiful creatures who only ever sting people if they feel threatened.

Unfortunately for the wasps they’re right to feel threatened because the next one that lands on my beer or burger is getting stabbed in the head with a fork.