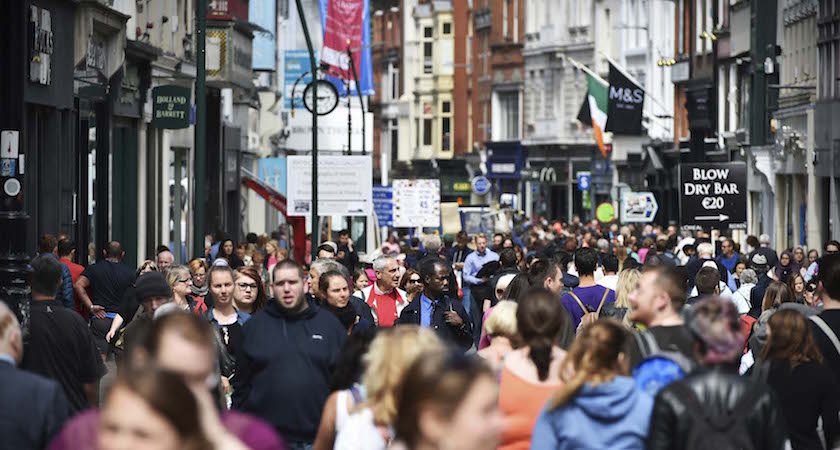 A survey has revealed that 90% of people in Dublin are under the impression that everybody else in Ireland is a farmer. The study also found that most Dubliners believe all other Irish people live in the countryside and have inappropriate relationships with their cousins and with sheep.

Professor John McIntyre from the University of Limerick carried out the study and said it was one of the most extensive surveys of its kind ever undertaken and also one of the most frustrating.

“At first it looked like we might never complete our research because each time I asked a question, all of those surveyed would simply laugh hysterically at my accent and call me a ‘bleedin sheep shagger’. However once we got past that stage we started to get an overall picture of how Dubliners see the rest of us – and they see us as inbred hillbillies.”

Professor McIntyre said the myth that all other Irish people are farmers is firmly embedded in the minds of Dubliners from an early age and most simply refuse to even consider that it might not be correct.

“What’s interesting is that we found a complete refusal to accept that this might not be the case. For example, when I tried to explain that I live in a city and that I’m a Professor of  Social Science with a degree in Politics and International Law, they would erupt into laughter and tell me to go home to my farm in Mayo. I’ve never been to Mayo.”

Also included in the survey was a questionnaire which revealed that many Dubliners believe the Irish border is something that separates Dublin from “the country” and that there are no cinemas, hospitals, night clubs, pubs, shops, schools, plumbing or electricity anywhere else in Ireland.

So what conclusions can be drawn from the study?  We asked Professor McIntyre if he sees any signs of the attitudes of Dubliners changing in the future. The normally reserved professor did not hold back.

“Absolutely never. Forget about it. You can be anything from an Astronaut to a Premier League footballer, it doesn’t matter. If you’re from what Dubliners call ‘down the country’ then as far as they’re concerned you drink poitín on your farm every night while playing the music from Deliverance on your banjo and riding your cousin. It was the most frustrating research I’ve ever done and I never want to speak to another Jackeen for as long as I live. I’m done with those cunts forever. Goodbye!”