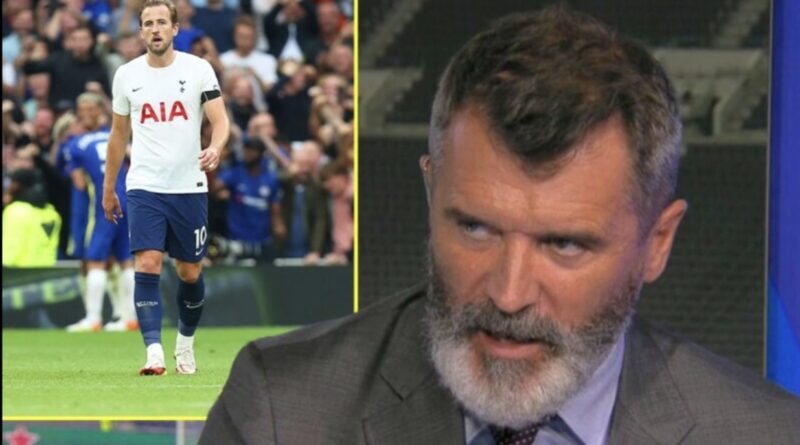 Tottenham striker Harry Kane has hired a personal bodyguard after Roy Keane slated him on Sky Sports at the weekend. The Irishman was reacting to Kane’s latest dismal display for his club after their 3-0 home defeat to Chelsea. After watching footage of Keane’s rant over and over again since Sunday, the England international has decided to get some protection.

“What does he mean by sorting out?” a worried looking Kane asked journalists at the Tottenham training ground today. “Does he mean I need to improve my game because if that’s what he means then I’m on board with that. Or does he mean something else? Something unpleasant. If he does is he saying he’ll do it himself? It’s the not knowing that’s freaking me out.”

We put Kane’s concerns to Roy Keane and he told us the Tottenham striker needs to calm down.

“Listen, at the end of the day I’m just doing my job. I say what I see. Just coz I said at half time he should be dragged off the pitch, does that mean I’m actually saying he should literally be physically dragged off the football pitch? Yes, of course it does. He should’ve been dragged off by his ears.”

So is Keane actually offering to sort Harry Kane out himself?

“Listen, that’s none of my business. But if Tottenham want to get in touch we’ll talk. Am I the right man to give Harry Kane the boot up the hole he so desperately needs? Of course I am. But until I’m given the go-ahead I’ll just stick to calling him a useless lanky prick on Sky Sports.”