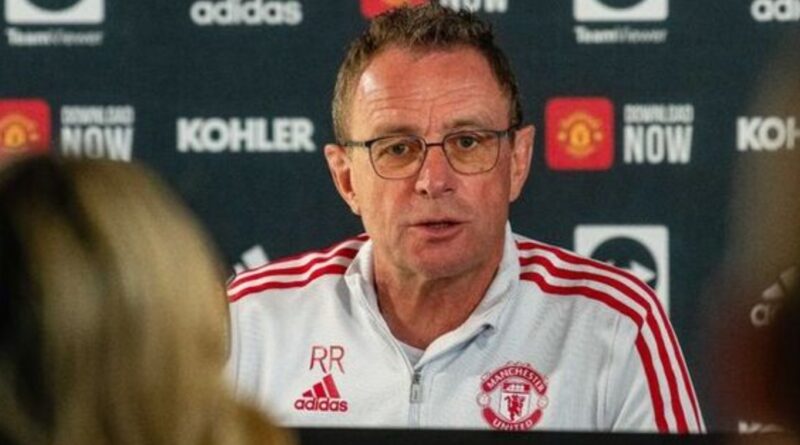 Manchester United interim manager Ralf Rangnick has asked Premier League bosses for permission to field the club’s women’s team in their final game of the season against Crystal Palace.

The German told reporters at a press conference this morning “It will be my last game as manager and I would like to end with a victory. I believe our women’s team offers me the best chance to achieve this because they are clearly better than the men. In fact if they were all 9 months pregnant and ready to pop they’d still be better than the men.”

United’s abysmal season got even worse on Saturday with a humiliating 4-0 defeat at the hands of Brighton. Rangnick was asked what incoming manager Erik ten Hag will need to do to turn things around.

“He should start by shooting Paul Pogba. Right between the eyes. Then put another one in his ear just to be sure. Don’t sell him, just kill him. Make sure he can never come back. Then he needs to bring the rest of the squad onto the roof of Beetham Tower in Manchester and push them all off. One by one while kicking them up the arse.

“I’d leave Ronaldo and De Gea at home while the mass murder is taking place and then build a new squad around those two. But he should definitely give serious consideration to killing all the others.”

Rangnick was asked if he didn’t think that would be a bit drastic.

“Yes, very drastic for sure and Mr ten Hag would certainly spend the rest of his life in prison but it would still be a better outcome for him than having to spend time in the company of those players. They really are dreadful bastards and they all deserve immediate death.”

Incoming manager Erik ten Hag responded to Rangnick’s comments during a press conference this morning, telling reporters “It’s clearly just a joke. I can assure you nobody will be killing anybody. Maguire and Lindelof will certainly be knecapped but no killings.”