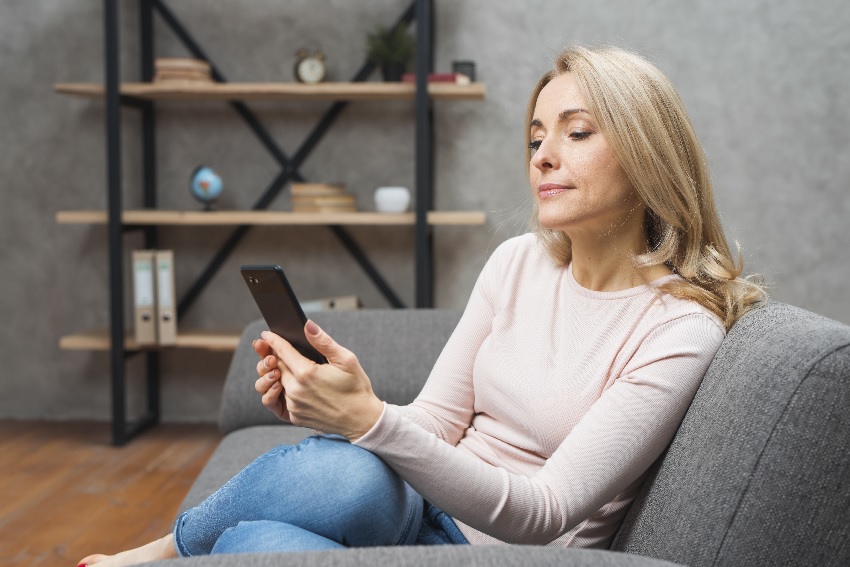 A local woman who is watching a film at home has missed about three quarters of it. 36 year-old Bernie Callaghan checks her social media roughly every five minutes of every waking hour and said she does it because she’s afraid she’ll miss something. Bernie told us she doesn’t see anything wrong with her behaviour.

“I only do it during the boring bits in films. Like when they’re talking. So I don’t miss much and even if I do I just ask the husband what’s happening and he keeps me updated. He doesn’t mind.”

We asked Bernie’s husband if he minds.

“I’m thinking of leaving her. She never puts her phone down anymore. It’s getting ridiculous. When we’re watching telly, if I laugh or react to something she looks up from her phone and says ‘What? What happened?’ It does my fucking head in.”

Tom said Bernie even plays video clips at full volume when they’re watching something and then tries to show them to him.

“It’s not just when we’re at home either. We went to see U2 a couple of years ago and she spent the entire concert checking to see how many friends had liked her Facebook check-in and telling them how amazing it was. She even got the band wrong and said we were at Coldplay for fuck’s sake.”

Are you like Bernie? Do you find yourself checking your phone every five minutes? Well stop it! Do you think anybody ever said on their deathbed “I wish I’d spent more time with my head buried in my phone scrolling through endless bollocks on Facebook.” Of course not. Life is passing you by so get a grip and cop the fuck on before it’s too late you big gobshite.