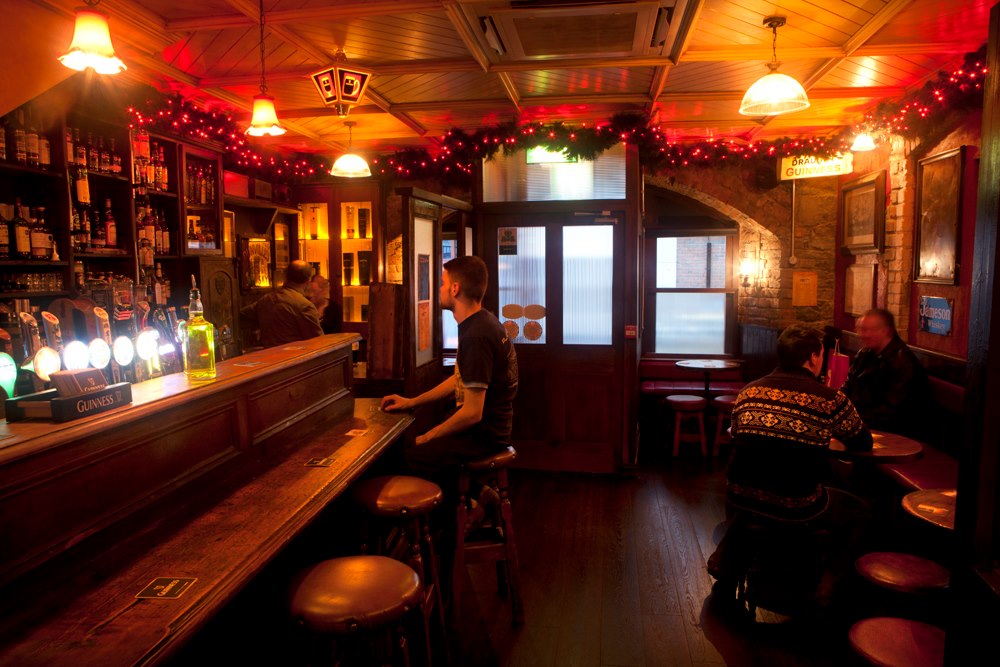 A court has been told how a local man who walked into a pub and ordered a glass of red wine instead of a pint received a good kicking from the other customers in the bar. Sean Bracken from Tullamore entered the premises on High Street just after 8pm on May 27th and made his way over to the counter where his drink order was overheard by several witnesses.

Mister Bracken was giving evidence in the case and was asked by prosecuting solicitor John Duggan to explain to the court exactly why he had acted like such a pretentious prick on the night in question.

“I had just returned from a holiday in France where it’s not uncommon for a man to order a glass of wine while on a night out.” he explained as laughs and sniggers were heard around the court room. “I just thought I’d bring a bit of European culture to town.”

Barman Eddie Delaney was working at the time and he told the court how events unfolded. “It was just your average weekend night really. Nothing out of the ordinary. Then your man walked in. I grabbed a pint glass and waited for him to tell me what to fill it with. And then he said it. A glass of red wine please. The place immediately went deadly silent. I thought it was a power cut coz even the background music suddenly stopped. Everyone was staring at him and just to make sure I wasn’t hearing things I said ‘Come again?’ and then he said it again. A glass of red wine please. That’s when the place went mental.”

Mister Delaney went on to describe how almost everyone in the bar made a lunge towards Bracken.

“The lads at the bar jumped off their stools and laid into him. A couple of young ones sitting at a nearby table must have heard him too because they ran over and stuck a few boots into him as well.”

As the only member of staff on the premises at the time, did Mister Delaney not feel it was his duty to do something?

“Yeah of course I did. As soon as it kicked off I leapt over the counter and tried to help but it’s very hard to get a punch in on a lad when there’s already five other people hitting him. All I could do was wait my turn.”

Local gardaí were on the scene within minutes and Bracken was removed from the premises for his own safety and brought to Tullamore Garda Station. Sergeant Jim Fitzpatrick described what happened next.

“We assessed the man’s injuries and could see that he wasn’t badly hurt – so we gave him a proper beating. I mean seriously, a glass of red wine? Where does this cunt think he is?”

Judge Michael McCabe who presided over the case agreed with Sergeant Fitzpatrick and told Bracken he got what he deserved. “I’m just surprised you didn’t wear a dress while you were at it.” he told him. “This country was built by pint-drinking men and I won’t sit here and let the likes of you drag it down.”

Sean Bracken was sentenced to 200 hours community service for ordering the glass of wine. The judge also imposed a curfew from 6pm to 6am for the next twelve months and barred him from every pub in Tullamore for twelve years.