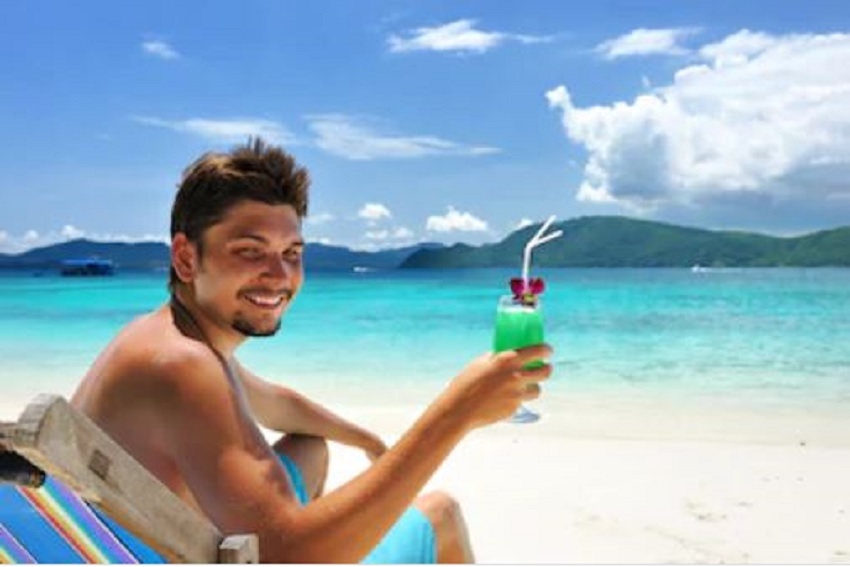 A smug prick who is currently on holiday in Turkey says he’s delighted to hear the weather is shite back home. Paul McCoy from Blackrock in Dublin only arrived in Fethiye yesterday but has already uploaded 45 photos of himself to social media having a cocktail on the beach.

“I hear there’s a storm heading for Ireland.” he told us. “Brilliant! If there’s one thing that’s essential for having a great holiday it’s knowing the weather is shite back home. Please God everyone’s getting drenched and catching pneumonia as we speak, lol.”

Paul said that rather than sunbathing or sight-seeing, he likes to spend most of his holiday on the internet checking what the weather is like in Ireland and then uploading photos of himself, just in case any of his friends have forgotten where he is since he last reminded them an hour ago.

“Do we get tsunamis in Ireland?” he asked. “Imagine if they got one tonight and it left a trail of death and destruction in its wake. I could post a photo of myself on the beach saying ‘How’s the weather back home lol?’ I’d definitely put a lol in that one. Lol.”

Unfortunately for Paul, he’s been bragging so much online about being away on holiday that his house in Dublin is currently being robbed of everything he owns and his car has already been resprayed, fitted with new number plates and sold on. Stick that in your cocktail and sip it you smug prick.