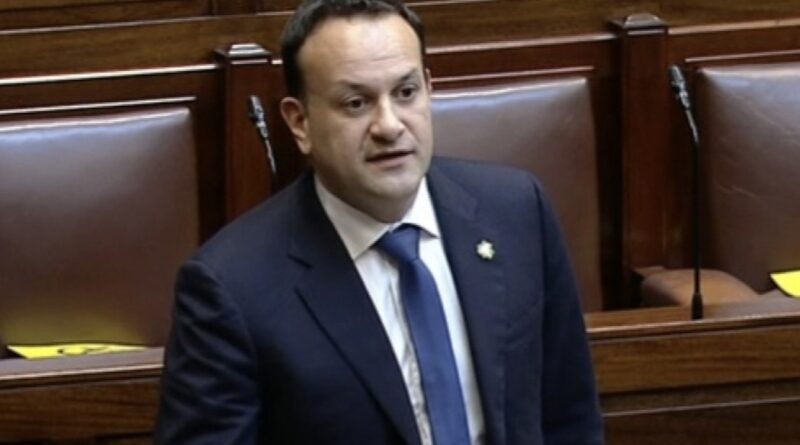 Tánaiste Leo Varadkar has said Sinn Féin are probably to blame for the scenes of chaos and violence emerging from Afghanistan over the last few days which saw the Taliban make stunning territorial gains, taking control of the country with the seizure of one provincial capital after another and then finally the capital, Kabul.

Varadkar told the Dáil “In all my years in politics, not once have I ever heard any member of Sinn Féin stand up in this chamber and condemn the Taliban. That’s the sort of republican encouragement that allows these groups to flourish.”

The American withdrawal from Afghanistan led to the rapid resurgence of the Taliban who declared victory after Afghan President Ashraf Ghani fled the country and his government collapsed. Varadkar however said none of these things would have happened without Sinn Féin.

“We’ve all seen the shocking footage on our televisions of Taliban fighters walking around the streets of Kabul with their guns and their Gerry Adams beards. They can claim to be Islamists all they want but I know an Irish republican when I see one. This has their fingerprints all over it.”

Ceann Comhairle Seán Ó Fearghaíl told Pierce Doherty to withdraw the remark as the Tánaiste isn’t that lanky. Mr. Doherty said he would withdraw the lanky accusation if he could leave in all the bits about him being a posh D4 west-brit wanker. The Ceann Comhairle agreed.

The debate resumes later this afternoon.