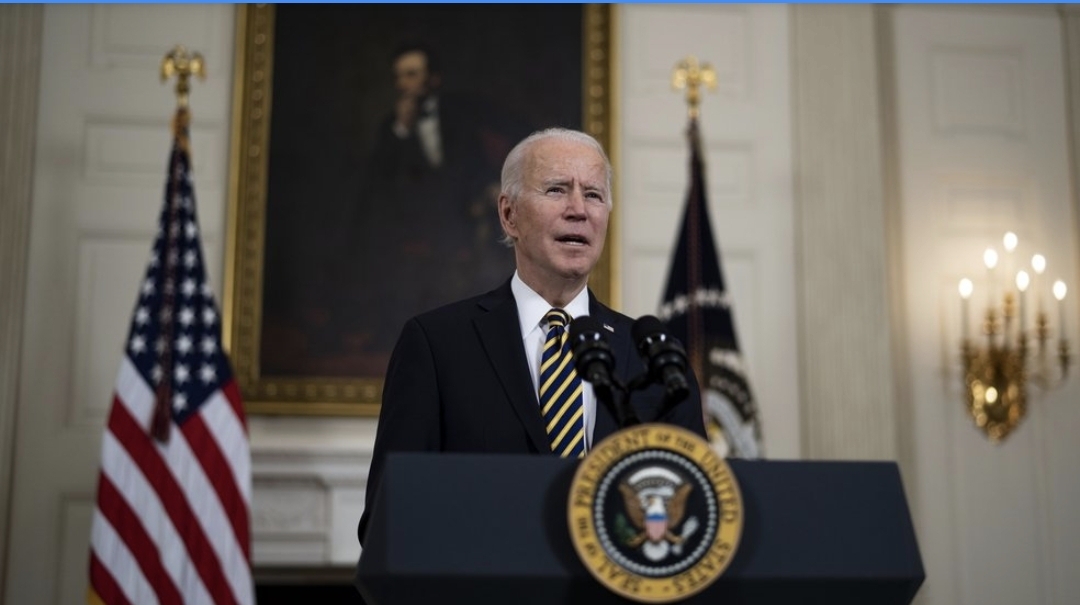 President Biden has condemned what he called Russian aggression and said Moscow will pay a heavy price for alleged election meddling in the United States. The US President also hilariously claimed Russia is a threat to world peace.

Ever since the United States invaded Iraq looking for weapons of mass destruction that didn’t exist, life for hundreds of millions of people has changed beyond all recognition. The devastating war that followed reverberated around the globe, changed the face of the Middle-East forever and resulted in the creation of psychopathic savages ISIS from the ashes of Saddam Hussain’s Ba’ath party. Iraqis were promised peace, prosperity and democracy. What they got was mass murder, terror and chaos which continues to ravage the country and the whole region to this day. However, as we all know, America is great so, you know, whatever.

Of course no country would ever dream of calling for sanctions against the United States of America for something as trivial as basically setting the Middle-East on fire, however President Biden and his Western allies agree there should be major sanctions imposed on Russia for the alleged election meddling.

Mr. Biden told CNN “The election meddling was an attack on our country and we will not tolerate Russian aggression. When I say attack of course I don’t mean like when America attacks a country. I mean they didn’t blow this shit out of us and turn our country into hell on Earth. No, a different kind of attack. A non-Americany kind of attack if you like.”