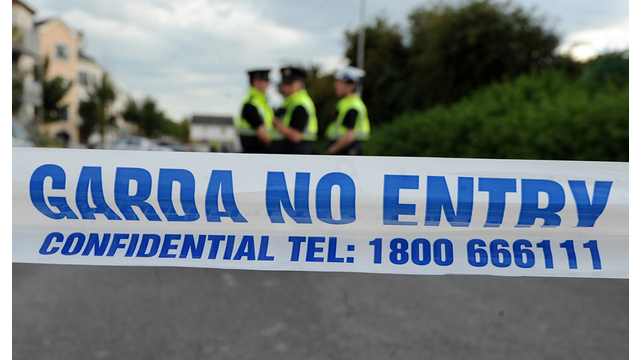 A 36 year old man has been shot in what appears to be a gangland attack in a pub in Dublin’s north inner city. The man’s injuries are not believed to be life threatening and he is currently being treated at St. Anto’s Hospital. Gardaí have confirmed that the injured man is a scumbag.

The incident happened last night in The Bleedin’ Gowl on Damo Street just off Christy Avenue. Sergeant Noel Reid who is leading the investigation into the attack spoke to reporters at a press briefing this morning.

“At approximately 10 o’clock last night a 36 year old male was shot in the Bleedin’ Gowl and sustained non life-threatening injuries. We are not releasing the injured man’s name yet for security reasons. All I can confirm at this stage is that he is a scumbag. We currently have no leads on the possible identity of the attacker but we’re working on the assumption that he may well be another scumbag.”

Dublin has had its fair share of gangland problems down through the years with names like The General, The Tosser and The Viper regularly making front page headlines. However a new generation of criminal has taken control of the capital’s lucrative drug trade and Gardaí believe they are far worse than anything that went before them.

“It’s a chilling thought but these guys are actually even more violent and more ruthless than their predecessors. Also their nicknames are more hilarious.” said Sergeant Reid.

Speculation is high that last night’s attack was ordered by notorious gangster The Geebag. Known for his violent temper, The Geebag is a feared figure in organised crime circles and is currently involved in a bloody feud with his bitter rival Freddie Fuck-Face.

Meanwhile Gardaí are appealing for anyone who witnessed last night’s incident to come forward with information if they’re stupid enough and don’t mind ending up at the bottom of the Liffey with their ankles and wrists cable tied together.