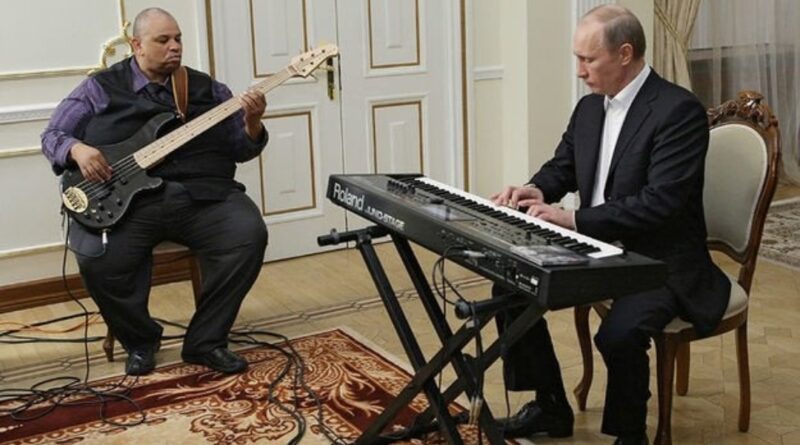 Two other acts took part in Russiavision but tragically both were accidentally shot dead while leaving the stage.

A delighted Putin told viewers during his acceptance speech that it was a victory for the people of Russia over fascism.

“In your face, Ukraine! I win special musical operation. This is the big one. Nobody cares about Eurovision Nazi song contest. I heard it’s full of homosexuals anyway.”

This is the first time the Russiavision Song Contest was held and Putin performed his version of The Beatles ‘Back in the USSR’.

Meanwhile the Russian President today denied his war in Ukraine is turning into a disaster after it emerged that Ukrainian troops defending the country’s second largest city, Kharkiv, have repelled Russian forces who have now retreated all the way back to the border with Russia.

“Stop saying that.” Putin stated angrily. “We are not retreating. We are advancing backwards. There’s a difference. A very big difference!”