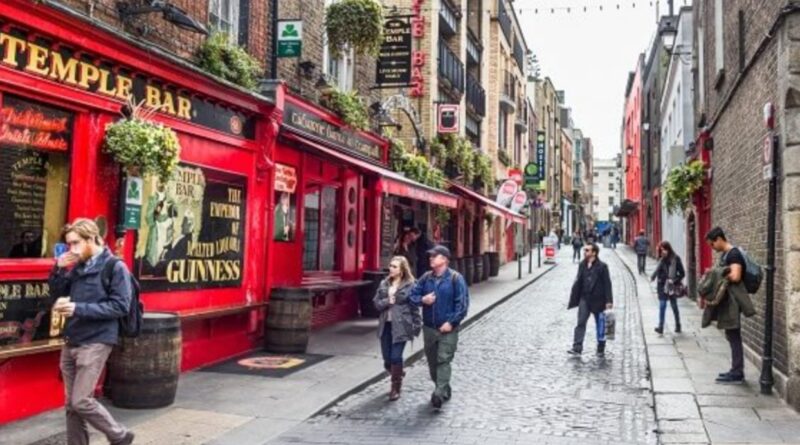 An Irishman who won €117 million when he scooped the Euromillions jackpot earlier this year has blown the lot by buying his family and friends a round of drinks in Dublin’s Temple Bar.

56 year-old Patrick Bracken from Tullamore in Co. Offaly admitted that it may not have been the most sensible thing to do with his winnings but claims it was worth it.

“I just wanted to experience how it felt to be filthy stinking rich.” he told the Tullamore Tribune. “I marched in there and told everyone that money was no option. When my daughter asked if she could have a cocktail, I said yes. When someone else asked for a bag of crisps, I said yes. I didn’t care. I felt like I was the President of Ireland. Only a lot taller than him obviously.”

This month alone, at least twelve people are known to have dropped dead immediately after being handed their drinks bill in a pub in Temple Bar. There are yachts in Malahide Marina that cost less but Patrick says he has no regrets.

“I knew I was burning through my winnings when one of the kids asked for a second glass of tap water but I was enjoying
the moment too much to care. I was living the dream. What’s a lifetime of financial security compared to buying a round of drinks in Temple Bar and not caring how much it costs? Who else can say they’ve ever done that? Bono maybe. Me and Bono. That’s it I’d say.”

Unfortunately for Patrick he didn’t realise his son Kevin ordered a toasted ham and cheese sandwich after he had blown all his winnings on drinks and his house is currently in the process of being repossessed to pay for the sandwich.