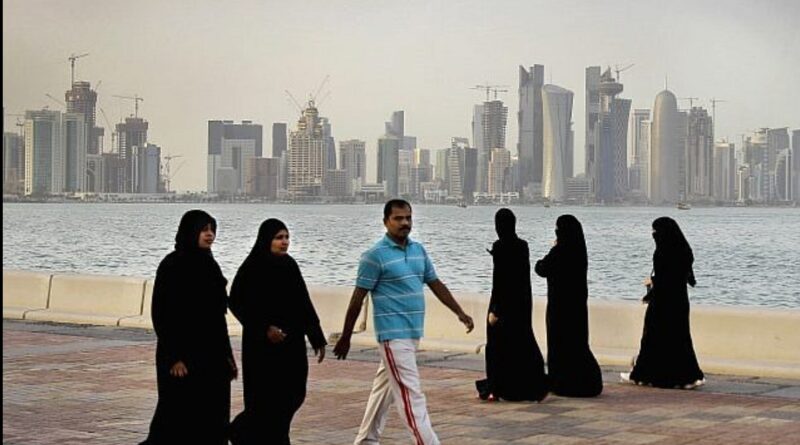 Qatar is reported to be seriously considering allowing women to uncover their ankles during this year’s World Cup.

The ultra-conservative Islamic kingdom was given football’s biggest showpiece event after bribing corrupt FIFA officials but is somehow still being allowed to host it, even after Sepp Blatter and his cohorts were found guilty of taking the bribes.

Ahmed Al Bassam of the Religious Council of Qatar explained how it will work.

“Women will be allowed to uncover their ankles, just like they do in the west, as long as we can’t see the rest of them. What I mean by that is they must not show their legs obviously. Or their arms for that matter. Or their ears. Or eyebrows, or neck, chin, nose, mouth, cheeks, forehead or hair. Everything in the general face area is frowned upon. And most other areas too. Apart from that anything goes.”

Ahmed said it shows that people in the west have a totally outdated idea of what it’s like to be a woman in modern Qatar.

“Qatari women have never had it so good. We’ve even postponed all female executions until after the World Cup. Honestly I think we will soon have to build a wall to keep out all the western women trying to move here. Our ladies can even get married from the age of 8. Now that’s what I call Girl Power. Take that Spice Girls!”

There have been some encouraging signs lately that parts of the Islamic world are serious about leaving the dark ages behind. Saudi Arabia recently began allowing women to drive, finally ending a policy that had become a global symbol of the oppression of women in the country.

The move was seen as a huge victory not only for Saudi women but also for Saudi men who finally get to make jokes about women drivers.