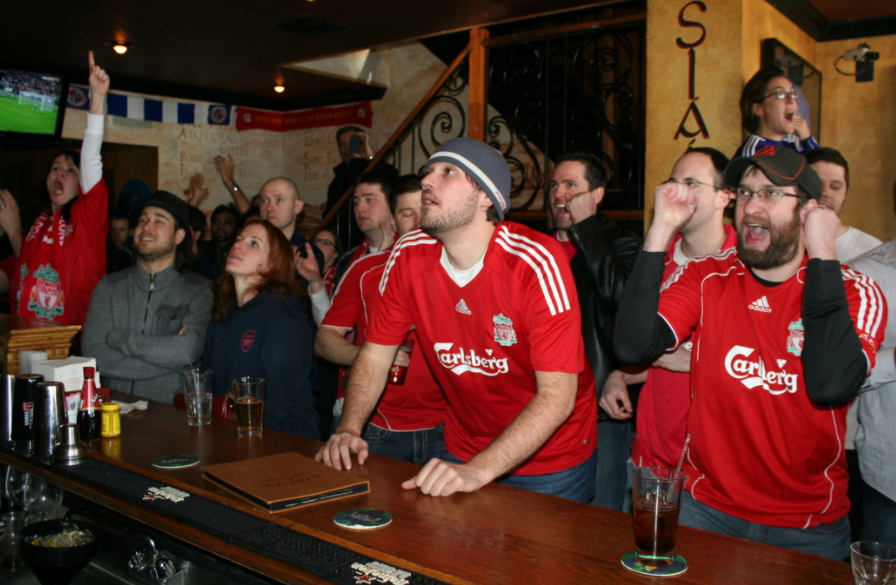 
Bar stool supporters all over Ireland can barely contain their excitement as the start of the new English Premier League season is finally upon us. Pubs nationwide will once again be packed with people referring to football teams from another country as “we” while getting into arguments and fights with other Irish people who refer to other English teams as “we” even though none of them are from those places and most of them have never been there.

We spoke to some Irish fans ahead of the big kick-off to get a taste of the excitement and giddiness that builds around the country at this time every year.

Ian O’Doherty is a born and bred Dubliner so naturally he supports a football club from the North of England. “I’m Man United through and through.” he told us proudly. “I live for United and I never miss a game home or away all season (on telly) and obviously it goes without saying that I hate Liverpool.”

Of course if Scunthorpe United were the biggest club in England then Ian and half of Ireland would be massive Scunthorpe fans and hate Grimsby but as somebody once said – it’s a funny old game.

36 year-old Thomas Delaney from Dundalk is a self-confessed Liverpool nut and sees nothing sad about having the crest of an English football club as your profile picture on Facebook. Thomas also claims to be Liverpool’s number one fan. “Nobody can tell me there’s a bigger Liverpool fan than me anywhere in the world.” he told us. “Hail, rain or shine, I don’t care. The weather never stops me. If the ’pool are playing I’m there. Watching it in the pub.”

Martin Connolly is chairman of Galway’s rapidly growing Manchester City Supporters Club and has been supporting his beloved City for well over three seasons now having previously supported his beloved Chelsea. We asked Martin if he considered switching back when Chelsea won the title two years ago? “What the hell do you think I am, a glory hunter?” he replied angrily. “Of course not. How could I do that? I’d just bought the new City jersey and it was nearly ninety fecking quid.”

Indeed the sale of English Premier League shirts in Ireland has never been more popular than it is today. James Molloy is retail sales manager with Lifestyle Sports and he told us business is booming and always picks up around this time of year.

“We’ve been selling thousands of Premier League jerseys in our stores nationwide in the run up to the new season. Years ago we really only sold Liverpool and Manchester United shirts but these days there’s also big demand for Manchester City shirts because they win things now too. Three seasons ago we had a sudden rush for Leicester City jerseys as well for the first time ever but that seems to have fizzled out completely and we don’t expect to sell any of them in Ireland ever again.”

Meanwhile FAI officials have said that security procedures at the Aviva Stadium in Dublin are being reviewed after the Liverpool Legends v Ireland Legends game earlier this year. There was major crowd congestion and kick-off had to be delayed for over an hour as more than 50,000 Irish Liverpool supporters tried to get their bar stools through the turnstiles.