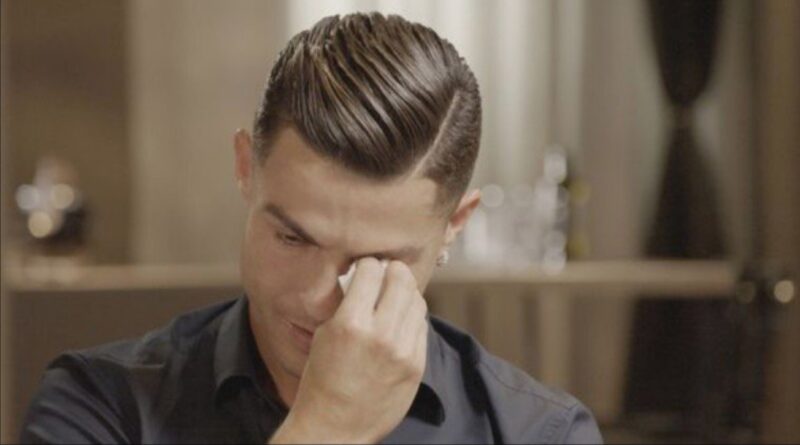 Cristiano Ronaldo has revealed more shocking details of the disrespect he was shown by everyone at Old Trafford, including the dinner ladies who didn’t curtsy or bow when he entered the canteen.

“They treated me like all the other players. Like I was the same as them. That bunch of Europa League playing non-ballon d’or winning nobodies. I’m Ronaldo not Brandon fucking Williams. Show me some respect.”

Ronaldo told Piers Morgan the last straw came when the players were on the team bus travelling to Villa Park two weeks ago.

“I was late getting on the bus and through no fault of my own I ended up sitting next to Phil Jones. That’s when I realised I had hit rock bottom. I still haven’t recovered from that and doctors say there’s a chance I never will. I still can’t believe it happened.

“Me, Cristiano Ronaldo, with Phil Jones. I asked Rashford to swap seats but he just laughed and called me a knob. I don’t even understand what is a knob but no doubt it is something disrespectful.”

Irish football fans have been having fun online joking about an imminent move to a League of Ireland club with Shamrock Rovers allegedly favourites to sign the Portuguese star but Rovers boss Stephen Bradley assured us it’s just banter and has no chance of ever actually happening.

“No. Unfortunately you won’t be reading about Cristiano Ronaldo joining Shamrock Rovers.” he laughed. “We are in the market for a striker but sadly he’s too old and well past his best so when his agent rang us last week we told him we’re not interested in signing the obnoxious arrogant prick. I hear Athlone Town are desperate to sign anyone so I told him to try them.”