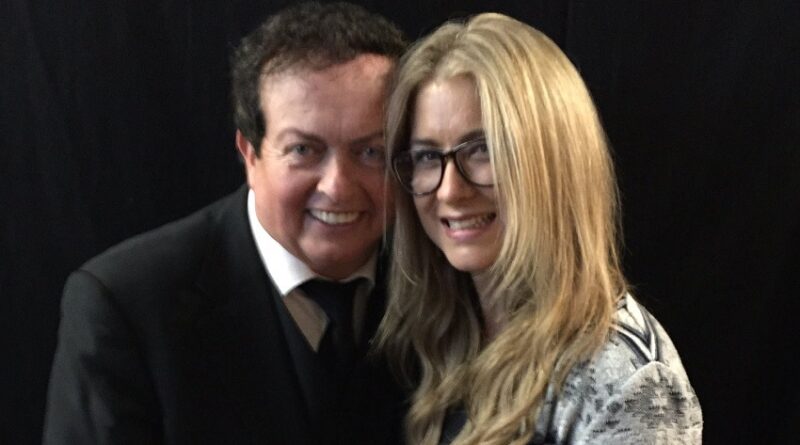 RTE sports presenter Marty Morrissey and American actress Jennifer Aniston have confirmed the rumours and admitted that they are in a romantic relationship. Jennifer and Marty, or Jarty as they will now be known, have been spotted recently frequenting the top restaurants and celebrity hangouts of Mullagh in Co. Clare, Marty’s home town. Friends star Jennifer said she’s had her eye on Marty for a while.

“I’m a big GAA fan and every time I tune into the games I’m praying Marty’s the one that appears on my TV screen.” she said. “I don’t care much for the other presenters or pundits. Pat Spillane is a dick.”

Marty said he’s always had a crush on Jennifer and told us he’s probably watched every episode of Friends a hundred times.

“Rachel was always my favourite but I never imagined that I’d actually end up with her. I see you just called us Jarty there by the way. Jennifer and Marty. Jarty. Brilliant! I hope it sticks. I think they usually put the man’s name first but Marty and Jennifer would be Mennifer and that’s shite.”

The couple will be in Croke Park for Saturday’s All-Ireland football final, Marty working and Jennifer as a spectator. So who does the Friends actress want to win?

“I’m torn. Mayo deserve to lift the curse of ’51 but I love Tyrone for beating Kerry. Nothing against Kerry people who are lovely but seeing Pat Spillane’s big red angry face when Tyrone beat them was priceless. Me and Courtney Cox danced around my kitchen that day. She also thinks he’s an annoying dick.”

Jarty will be guests on The Late Late Show with Ryan Tubridy this Friday night.