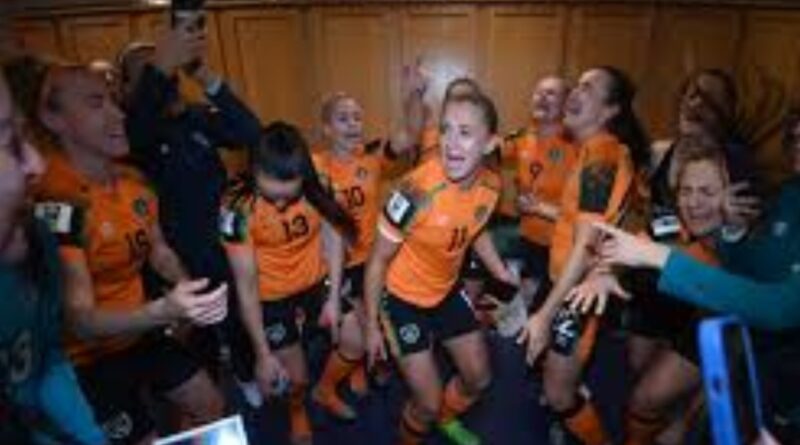 The country that, among many other atrocities, starved one million Irish people to death, is still moaning about Irish girls singing an Irish song after they qualified for the World Cup for the first time ever.

Uneducated, moronic hypocrites in the British media, who think world history began when Hitler invaded Poland, are calling for “severe consequences” after the Irish women’s football team sang a song that nearly every man, woman and child in Ireland regularly sings along to at parties.

Any reasonable person would expect the British to come to terms with the fact that invading and colonising half the planet, championing the slave trade and committing genocide means people in those places might feel entitled to sing songs at their expense.

Unfortunately the overwhelming majority of brits have no idea any of that stuff happened because they’re not taught about it in school and the ramifications of that gap in knowledge has created a nation of uninformed, self-righteous gobshites.

Predictably many Unionist leaders in the north are also calling for action to be taken against the Irish girls but that’s simply because they’re sectarian bigots who haven’t yet been caught on camera singing about being up to their knees in fenian blood or one of their other catchy little Ibrox favourites. Nothing they say matters.

Depressingly of course it’s not just brits and wannabe brits attacking the Irish girls as the usual suspects in the Irish media seem to be taking great joy in this whole episode.

Tedious brit-licking Dublin journalists, who have made careers out condemning all things Irish republican while never, ever mentioning loyalist murder gangs or British army atrocities, are having a field day, spouting endless shite about their favourite IRA moments from the troubles. Republicans bad. Unionists good.

At this stage in an Ireland on Craic article, you should have come across 2 or 3 jokes but it’s hard to think funny while writing about such loathsome cunts.

We’ll be back to normal with our next post. In the meantime, good luck to the Irish girls at the World Cup and remember, the only people that matter, the Irish people, the fans, are 100% behind you. Fuck the begrudgers.