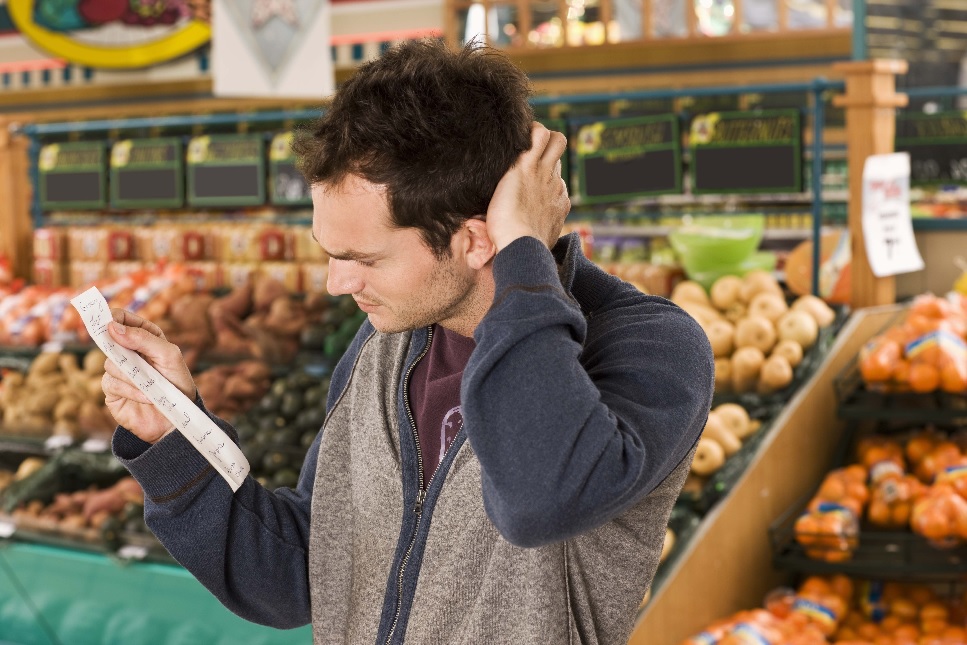 A 36-year-old man who was sent to Tesco by his wife for just four things somehow managed to get three of them wrong. Thomas McGuire – who was forced to go shopping for the first time ever because his wife Deirdre was in bed with the flu – said it was one of the worst experiences of his life and he never wants to see the inside of a supermarket again.

“Oh my God there’s hundreds of things in there, maybe even millions. How the hell was I supposed to find those exact four things in the middle of all that?”

Instead of bread, milk and eggs Thomas brought home cheese, toothpaste and cucumbers. The fourth item was a box of cornflakes which he somehow managed to get right. Unfortunately he put the cornflakes on the ground while opening his car and drove off without them.

A recent survey carried out by market research company RegCom suggests more men are going into supermarkets today than ever before.

“Our results show that the type of gender stereotyping that applied in previous years is no longer valid.” said Chris Conlon who headed the survey. “Men play a far more active role in household chores these days and that includes grocery shopping. Unfortunately most of them tend to make an absolute balls of it.”

The day after his shopping nightmare, Thomas was told about online shopping and his head practically exploded. “You mean you can do the shopping without going to the shop?” he shouted excitedly. “Then why the fuck would anyone ever go to a shop?”

He immediately opened an account with tesco.ie and finally – to the relief of his still unwell wife Deirdre – ordered the items he was supposed to bring home the previous day. This time however he managed to get all four of them wrong.