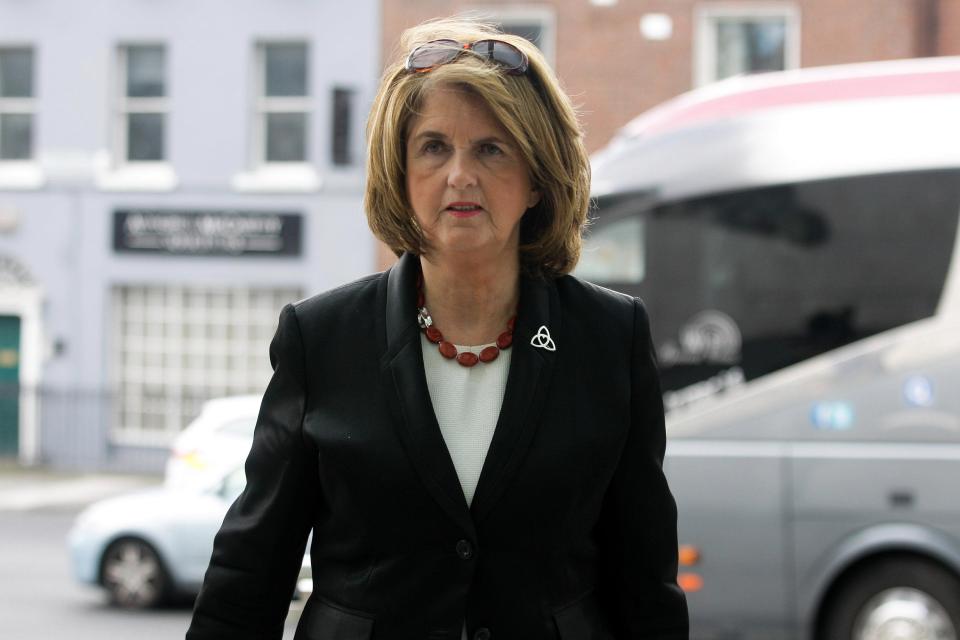 “I was imprisoned and losing all hope of ever seeing freedom again, just like Nelson Mandela.” Those were just some of the harrowing words of Joan Burton yesterday as she gave evidence during the trial of seven men charged with falsely imprisoning the former Táiniste.

Solidarity TD Paul Murphy and six other men have pleaded not guilty to the offence arising from a water charges protest when the car in which Ms Burton and her advisor were travelling was blocked by protesters.

Over the course of the trial Joan Burton has been accused of being overly dramatic while giving evidence and defending solicitor Mister James Lawlor put it to her that 3 hours in a car was probably not the same as 20 years in prison. “It’s exactly the same.” she replied. “People lose all concept of time when imprisoned. It plays tricks on the mind. Hours feel like weeks. Weeks feel like years. When we were eventually rescued I had a fully grown beard.”

Ms Burton went on to explain what it was like for the occupants of the car during the incident.

“Their protest banners were blocking all daylight from entering the car. After a while we became disorientated and didn’t know if it was day or night. We survived by nibbling on an old piece cheese I found down the back of the seat and quenched our thirst by licking the condensation off the windows.”

Solicitor for the defence James Lawlor put it to Ms Burton that she might be exaggerating a little.

“I am not.” she replied. “Nobody will ever understand what we went through. The worst part was when we finally ran out of cheese. Then all we could do was just sit there and wait for death. I began wondering who was going to die first. We started giving each other that look. It was never said out loud of course but each of us knew exactly what the other one was thinking. If anyone was going to get out of this alive, we were going to have to eat each other.”