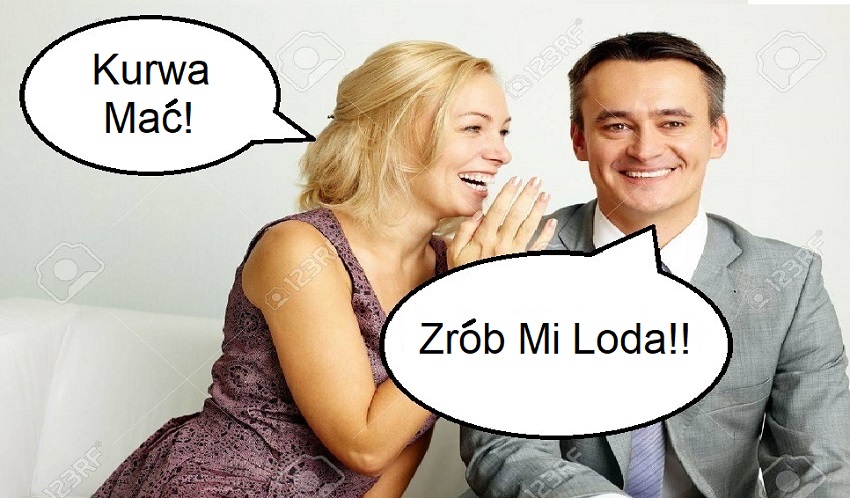 A survey has discovered that 8 out of 10 Irish adults are fluent in Polish swear words and use them on a regular basis. There are around 125,000 Polish citizens living in Ireland and as a result many Irish people have Polish friends and work colleagues which is obviously where the fluency in Polish profanities comes from.

Dr. Luke Molloy carried out the survey and said the results are not surprising.

“When it comes to learning a second language we’re one of the worst nations in the world. Unless of course it’s swear words. That’s an entirely different matter. We do tend to swear a lot more than other people and we’re always looking for new ways of telling someone to fuck off.”

Marius Piwowarska from Katowice in Poland lived in several European countries before settling in Ireland and said he noticed a difference straight away.

“People in most countries ask you what the Polish words are for hello and thank you. That kind of thing. In Ireland they’re far more keen to know how to say things like dickhead and fuck you. I’m also regularly asked what the Polish is for shit, arse, cunt, cocksucker, nutsack, minge and geebag. I don’t even know what a geebag is.”

Dr Molloy said it’s always good to learn a new language no matter what words you use.

“People from different countries always appreciate it when you make an effort to learn at least some of their language and try to communicate with them in their native tongue whether you’re simply saying ‘Good morning’ or calling them a cunt.”

Note: For our non-Irish readers a Geebag is another term for a Poxbottle. A Poxbottle is an Amadán. For Amadán see Gobshite.