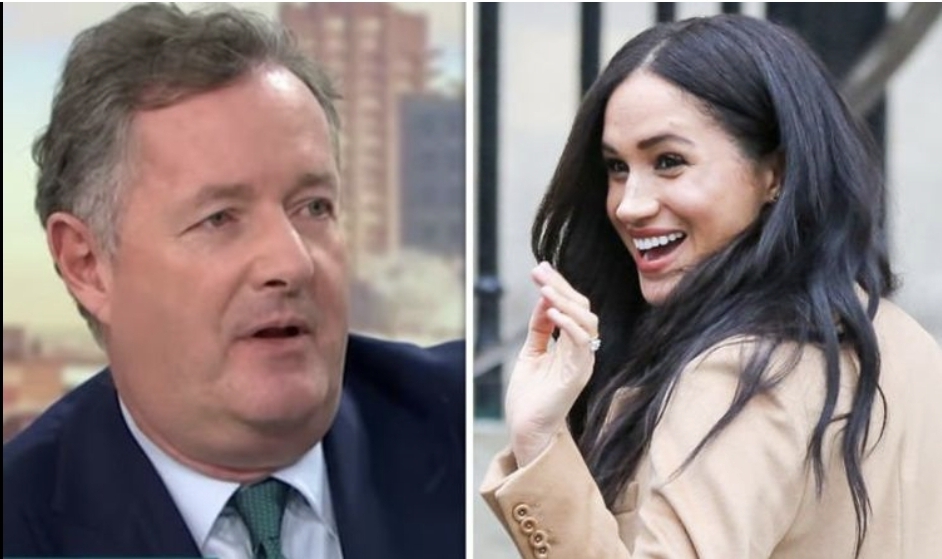 In a shock move that has stunned the world of entertainment today, ITV bosses have confirmed that Meghan Markle will replace Piers Morgan as co-host of Good Morning Britain.

Motor-mouth Morgan sensationally walked off the show yesterday when fellow presenter Alex Beresford told him to stop being a cunt live on air. Or something like that, we weren’t watching but from what we hear that’s near enough what happened.

People in Britain have been in shock since Harry and Meghan’s interview with Oprah Winfrey revealed that their oddball royal family are a bunch of oddballs. One was concerned Archie might be too brown, Prince Charles won’t answer his son’s phone calls and of course Edward is a big dirty nonce.

Piers Morgan meanwhile, who claims to be Irish whenever he’s in Ireland, said he loves the Queen and the royal family and will never apologise for defending them.

“What has the world come to? You can’t even bully a pregnant woman relentlessly on national television and call her a liar anymore. Just because she was there and I wasn’t doesn’t mean she knows what went on and I don’t.”

Of course what Piers failed to mention is that Prince Harry has corroborated every word of Meghan Markle’s story. So is he a liar too?

“How dare you!” he replied angrily. “You’re lucky I don’t report you to Her Majesty for treason. Oh by the way, are there any jobs going over there in RTE? It appears that I’m suddenly unemployed. I’m actually Irish you know.”