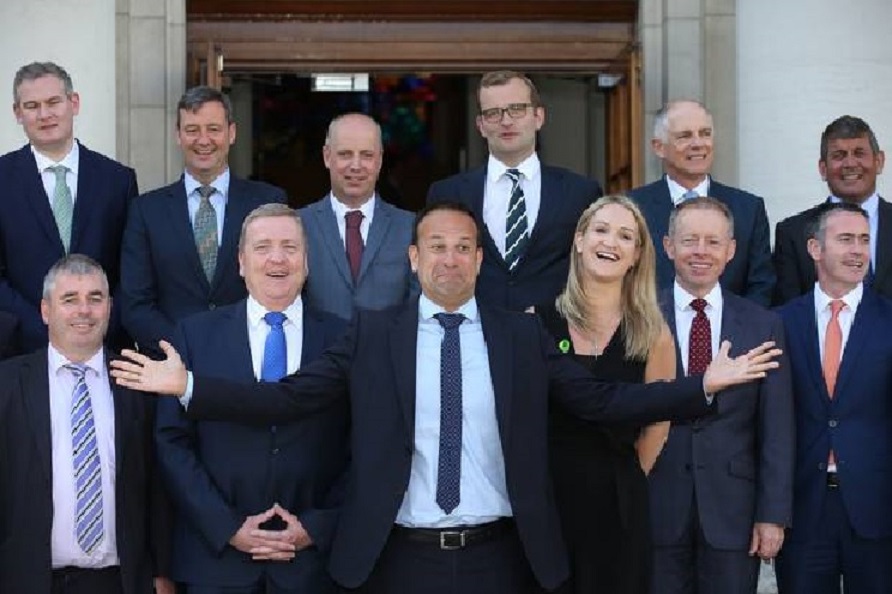 A brand new Government Department was opened by Taoiseach Leo Varadkar yesterday at a lavish ceremony in the centre of Dublin. The Department of Apologies is expected to quickly become one of the government’s busiest departments and will employ approximately 500 people straight away with more positions predicted in the near future. The Taoiseach spoke to reporters outside the plush city centre office complex where the Department of Apologies will be located.

“We’ve looked into the figures and it turns out that it would cost less to just keep apologising for stuff rather than fixing it.” he said. “It therefore makes perfect sense to have a department dedicated to issuing those apologies. The people employed in this department will be responsible for apologising for the state of all the other departments.”

So what exactly will the employees at the Department of Apologies be saying sorry for?

“Take your pick.” said the Taoiseach. “Your granny being left on a hospital trolley. 10,000 homeless Irish people. That’s a new record by the way. You just can’t argue with those figures. That’s real growth.”

A cabinet reshuffle has been finalised and Ireland’s first ever Minister for Apologies has been confirmed as Independent TD for Dublin Rathdown, Shane Ross. Minister Ross spoke briefly to the gathered press and was asked if he’d like to start by apologising for having that ridiculous English accent even though he’s a born and bred Dubliner. Unfortunately he declined.

“It is both an honour and a privilege for me to be named as Ireland’s first Minister for Apologies.” he said, still talking like a British World War Two news reporter from 1940. “I’m in this job for the long haul and on behalf of the government I want to assure the Irish people that I shall be apologising for things for a very long time to come. Go rev meela ….. meela ….. or whatever the hell it is. Thank you very much.”

The Minister, the Taoiseach and the entire cabinet then headed back to the bar in Dáil Eireann for a session to celebrate the start of their annual two month Christmas holidays.