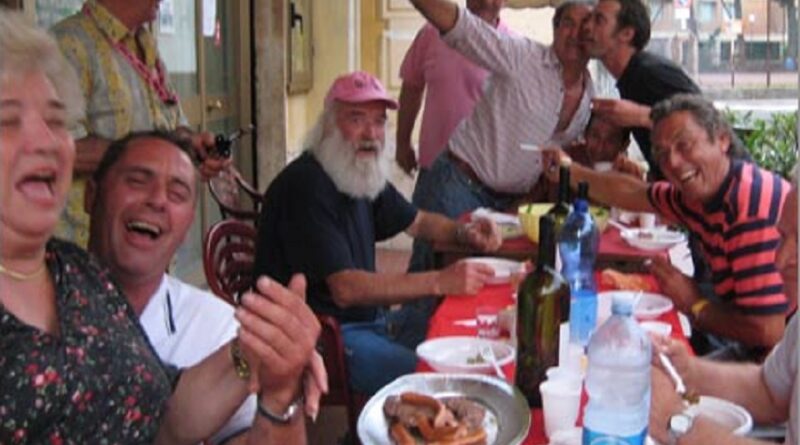 Every family in Ireland has agreed to abide by government Covid guidelines and not to meet up for dinner today. Easter Sunday is often a day when families have a big get-together in one house, usually for dinner and maybe a few drinks afterwards which in many cases has been known to turn into a massive session. However, large gatherings are not permitted at the moment so families nationwide have agreed to cancel the tradition this year.

Kevin Dodds, 42, is a taxi driver from Tallaght in Dublin and he usually has his parents and brothers and sisters, as well as all their children, at his house every Easter Sunday for dinner. It’s a family tradition that he looks forward to every year but Kevin said it won’t be happening this year.

“No, of course not. It’s a pity but we’re not allowed so that’s that. I mean it is a bank holiday weekend, the sun is shining and the fridge is full of beer. There’s a leg of lamb in the oven that would feed an army and the table is set for 27 people but nobody’s coming here for dinner today. Honest.”

Joe O’Brien, 54, is a bar manager from Cork and he told us he never would have thought this time last year that we would still be in lockdown today but rules are rules and there’s nothing anyone can do about it.

“Easter Sunday is massive in our house. I hide Easter Eggs all over the garden and all the kids, the nieces and nephews, the neighbours kids, loads of them all have a big egg hunt. Then we have dinner and the adults have a few drinks and a bit of a sing song. It’s great craic. I’m so disappointed that it won’t be happening this year that just for old time sake I bought loads of Easter eggs and hid them all over the garden. We also cooked loads of food and bought loads of beer. Just to remind us of better times.”

NPHET spokesman Dr Ronan Glynn said if people have large family gatherings this weekend, we can expect the numbers of people with Covid to rise in the next two weeks and the lockdown to be extended.

“If people ignore our advice they’ll only have themselves to blame. It’s that simple. Now if you’ll excuse me I have to peel about 40 spuds. For, eh, for the week. We make all the week’s dinners on a Sunday. Honest.”