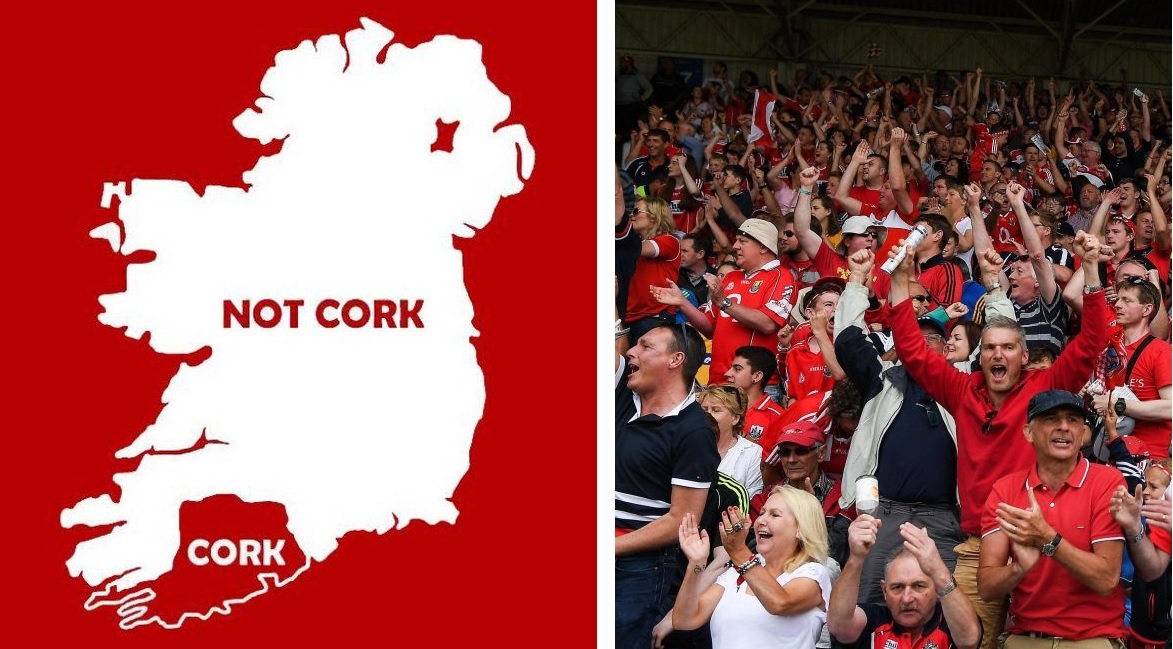 A huge demonstration on the streets of Cork City yesterday heard that the people of Ireland’s rebel county overwhelmingly reject interference from Dublin and believe they should govern themselves.

Mayor of Cork Mick Finn told an enthusiastic crowd of over 40,000 people that the time to strike for Cork’s freedom is now as he gave a rousing speech in which he officially declared Cork’s independence from the rest of Ireland and demanded a hard border.

“In the name of God and of all the glorious generations of Corkonians from Michael Collins to Graham Norton, from Sean Óg O’Halpín to The Frank and Walters, Cork, through me, summons her children to her flag and strikes for her freedom.”

We spoke briefly to Mick after he gave his speech and asked him what this is all about.

“We have our own customs and our own traditions and we have absolutely nothing whatsoever in common with those Jackeen gobshites up in Dublin. Today we sever all ties with the West Brit government in Dáil Eireann and take control of our own destiny.”

The Mayor then boarded a waiting helicopter and fled to Brussels where he said he intends to stay until the Irish government lift his arrest warrant.

A government spokesman however said there is no such warrant and that they have no idea what Mr. Finn is talking about.

Taoiseach Leo Varadkar was asked for his opinion on the Cork situation during a press conference earlier this morning. He told reporters “As you all should know by now border issues in Ireland have nothing to do with Ireland anymore. This is between the EU and Cork. Having said that, as leader of this country I should at least have an opinion on this and I’ll give it to you as soon as Mr. Juncker and Mrs. Merkel let me know what it is.”