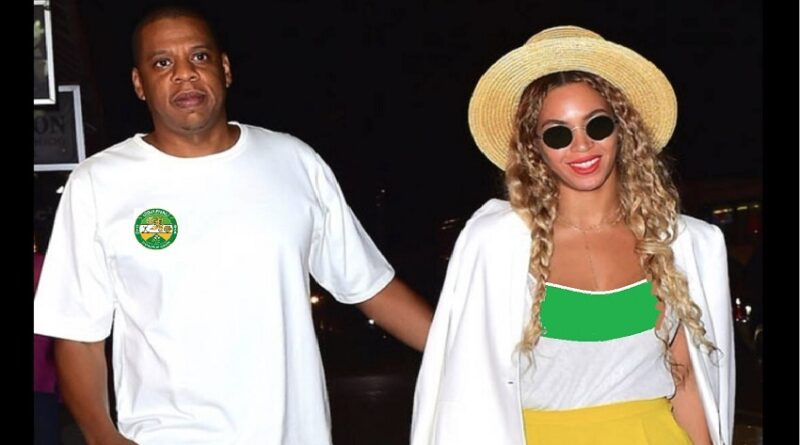 American pop superstars and Offaly GAA fanatics Jay Z and Beyonce landed at Shannon Airport late last night ahead of Sunday’s All-Ireland under 20 football final in Croke Park. The celebrity couple are regulars at Offaly games and keep a close eye on the Faithful County’s results from the States. Jay Z’s great-grandfather, Séamus Claffey from Mucklagh, emigrated to America in the early 1900’s and Beyonce’s granny is a Loonam from Clara.

The couple spoke to reporters as they walked through the airport terminal before jumping into a limousine which was waiting to take them to Tullamore where they are believed to be staying at the Bridge House Hotel until Sunday’s big game in Dublin.

“The Biffos are back yo!” Jay Z shouted to the waiting press photographers. “Roscommon gonna get an ass whooping.”

He also had a message for his favourite Tullamore pub.

“Tell John in Lee’s Bar to start pouring me a big creamy-ass mother fucking pint of Guinness. Man I love that shit. Tell ’em B.” he said to his wife, hopefully referring to the first letter of her name and not the word Bitch.

Beyonce confirmed Jay Z does indeed love Guinness and visiting his favourite Irish restaurant – The Roma Grill in Tullamore – on nights out in the midlands town. She said the couple have been following the Offaly under 20 footballers’ progress religiously in this year’s championship from their Hollywood mansion – which they’ve named ‘Croghan Hill’ after their favourite Offaly landmark – and told reporters she’s quietly confident about Sunday’s final.

“I cried like a baby when Jack Bryant scored that injury time goal against Cork. It was so emotional. That guy is a full-back’s worst nightmare, good in the air and on the ground. And what can I say about Cormac Egan that hasn’t already been said? Blistering pace, incredible skill. Bottom line is, he’s a baller. Catch him if you can y’all. And yes, I love his hair. He looks like a young David Beckham when David went through his blonde mullet phase. They’re all heroes, the whole squad. It feels like a new generation of Matt Connors, Seamus Darbys and Martin Furlongs has finally arrived on the scene. Offaly are back baby.”

Beyonce also confirmed that in honour of the under 20’s reaching the All-Ireland final, her and Jay Z plan to record a hip-hop version of The Offaly Rover with Dr. Dre when they return to the States.