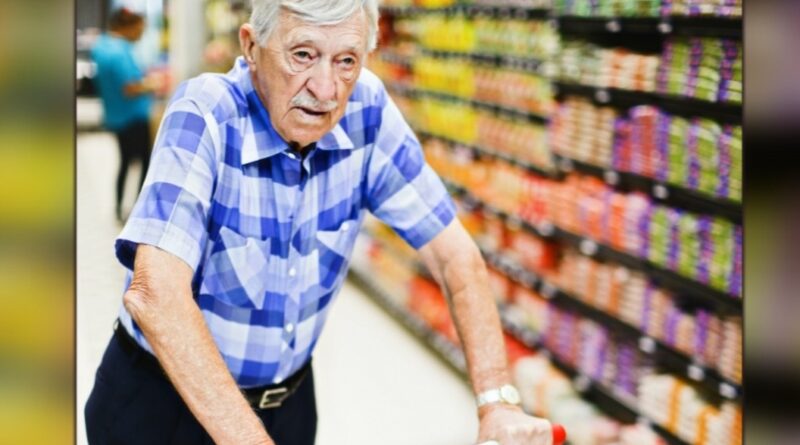 IRELAND – An Aldi checkout operator asked an 88 year-old man trying to buy a bottle of wine this week if he was over 18.

Despite making his way to the till with the help of his walking frame, Mick Galvin from Tullamore was asked if he is the legal age to buy alcohol.

Mick told us “I asked him if he was taking the piss. He said no and said I couldn’t buy the wine until I confirmed I was over 18.”

We put it to Mick that maybe he should feel flattered that someone still thinks he looks like he’s under 18.

He told us “Don’t be fucking stupid. I look like I’m about to drop dead. I feel like it too. I wouldn’t dignify his ridiculous question with an answer so then he asked me for ID. I couldn’t believe it. He actually asked me for ID to prove that I’m over 18. I just took my teeth out and handed him them.”

It was at this point that the checkout operator called security who escorted Mick from the shop.

We contacted Aldi and asked them if it’s store policy to ask every single person buying alcohol if they’re over 18, even if they’re clearly over 80.

They told us “Yes it is. Our staff are trained to follow our rules and to ignore all logic and common sense. Is there anything else we can help you with today?”

Despite his negative experience, Mick Galvin told us he went back to the same Aldi store the very next day and finally got a bottle of his favourite wine.

“I suppose that’s just how they do things in there. What can you do? I don’t need the hassle at my age so I just went in the next day and robbed the bottle of wine instead.”